Daejon
A sinuous and subtle design, the Korean War Memorial Park for Civil Victims blends the enjoyment of a nature park with the sensitivity of a memorial to allow the memory of war to become part of everyday life.
The Korean war which devastated the country from 1950-1953, took the lives of nearly 5 million people, nearly half of which were civilians. During the war, Daejeon temporarily acted as South Korea’s capital and whilst the remains of many have been excavated, thousands still remain in the land. 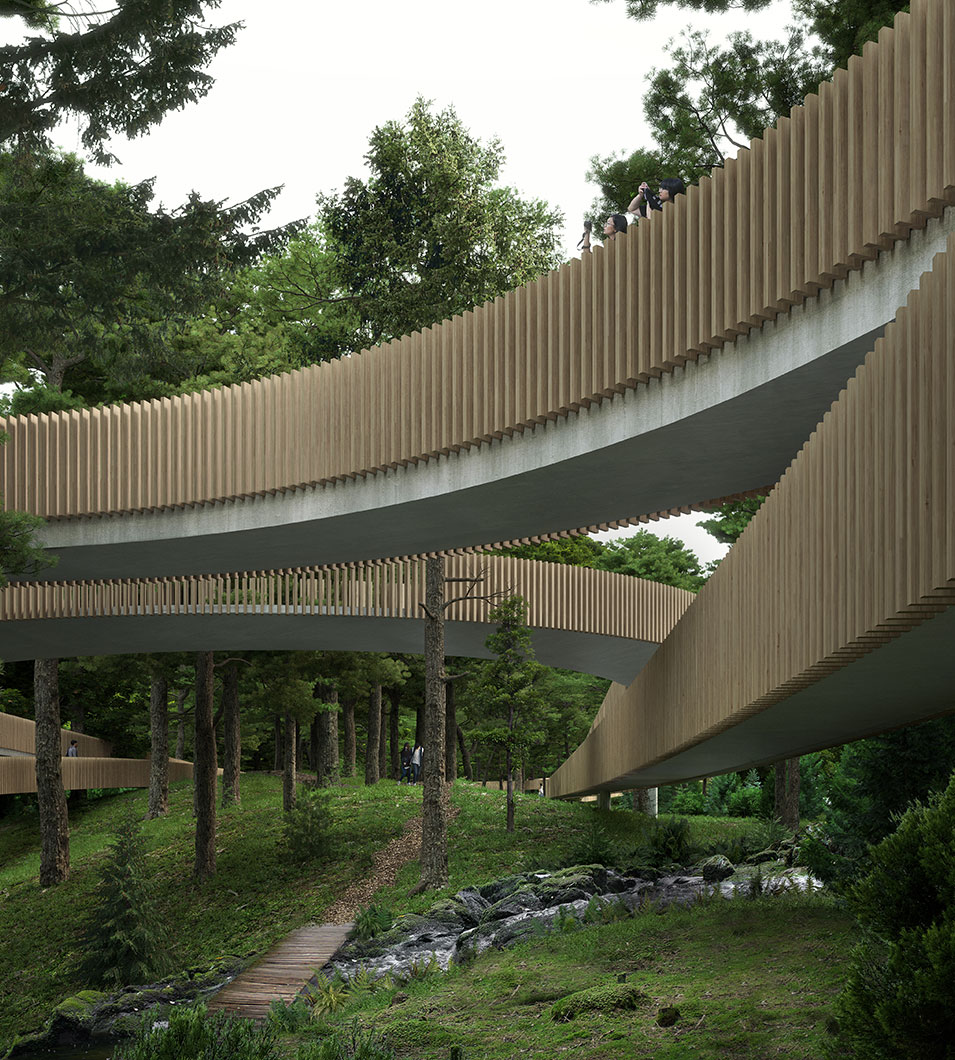 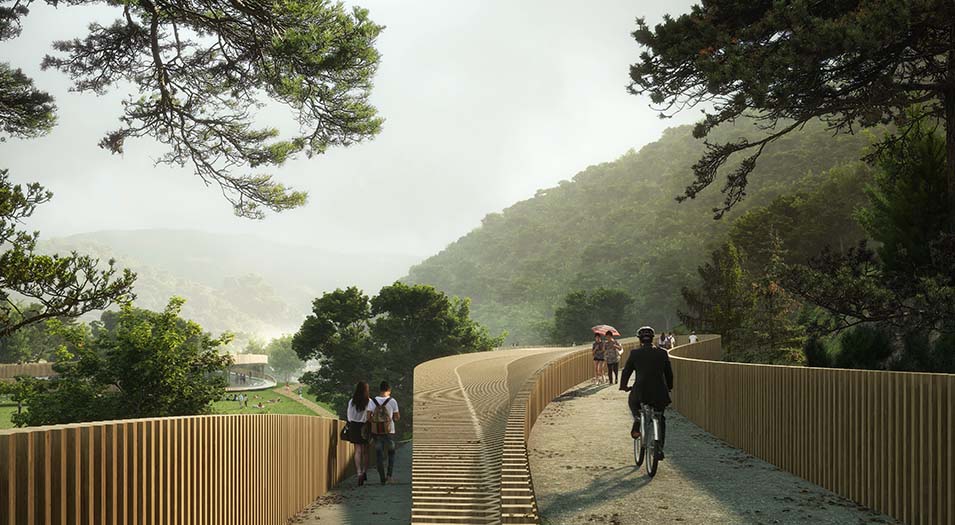 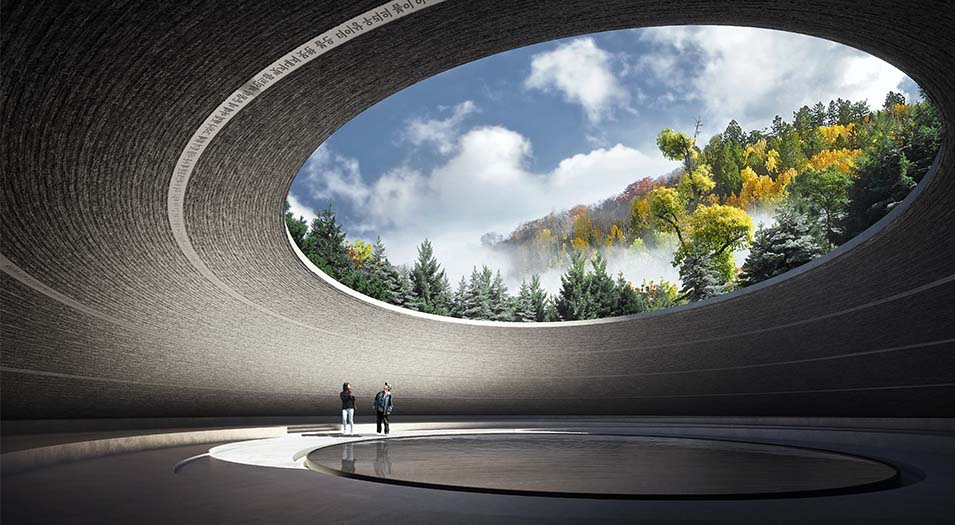 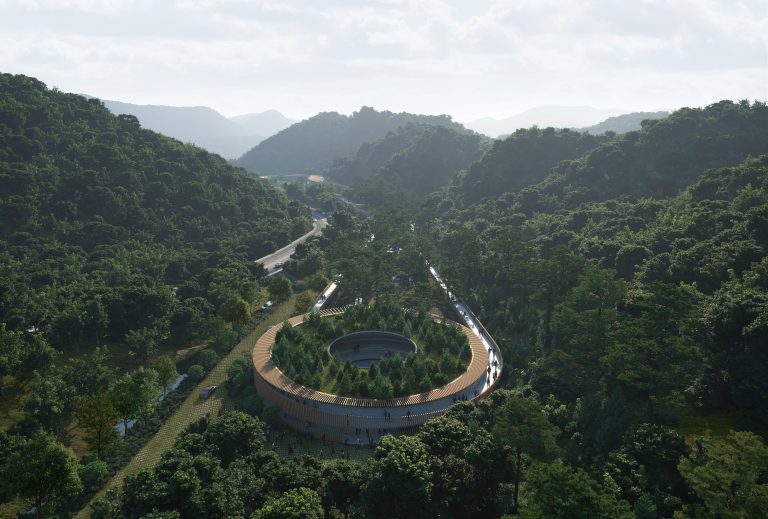 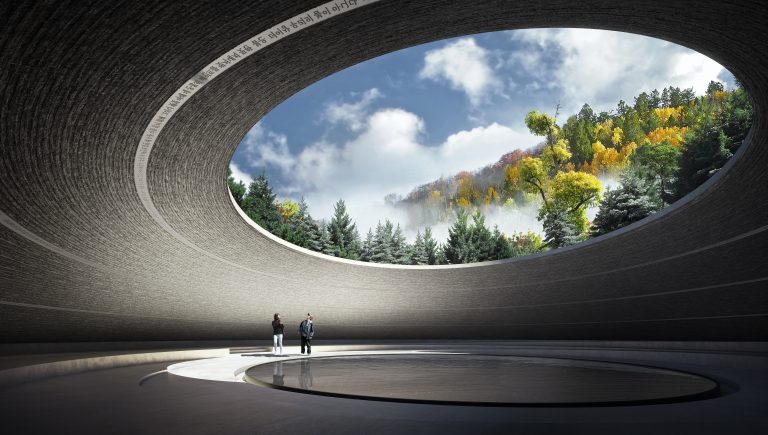 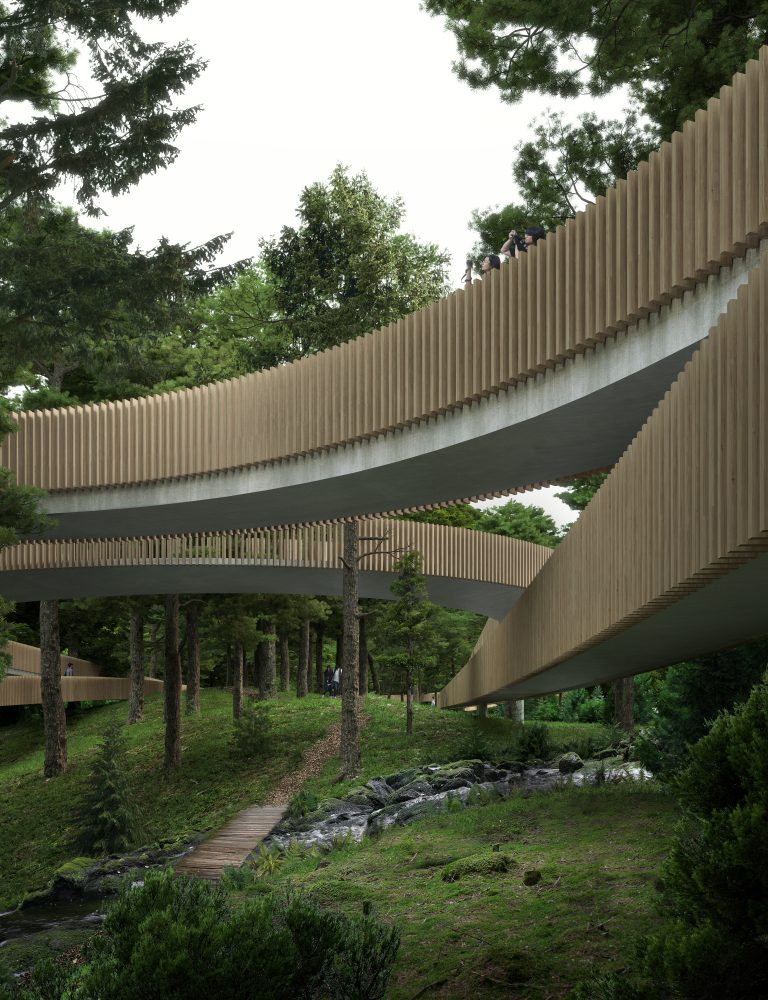 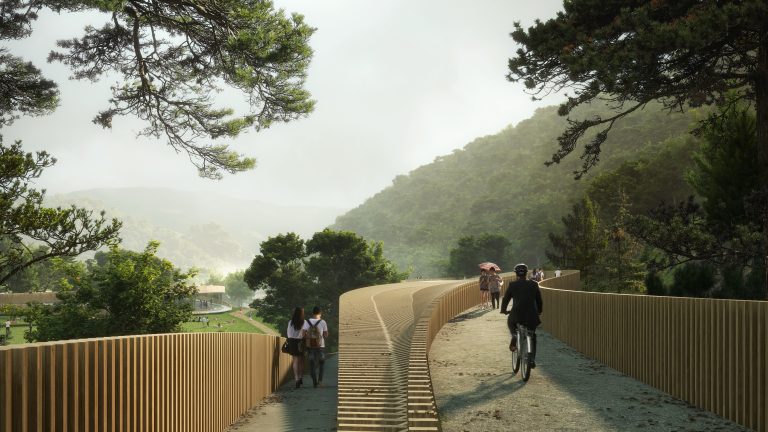 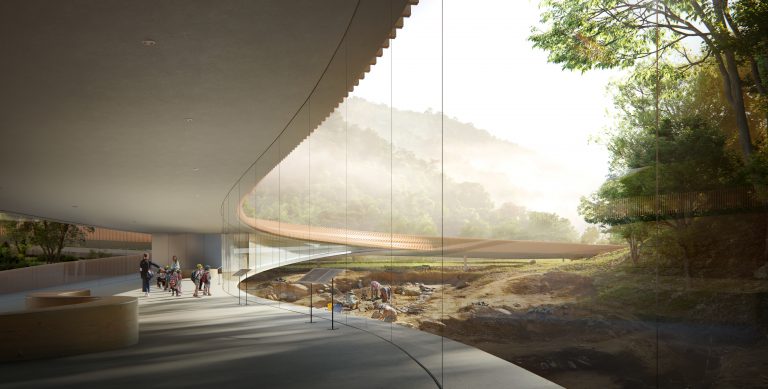 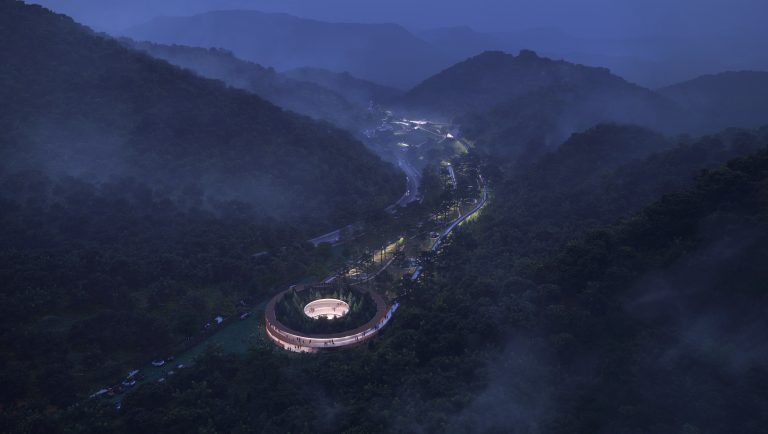 Conran and Partners design presents a continuous and unified promenade, named the loop, which is split across various levels, tells the stories of past, present and future. As visitors move through the space, they are encouraged to go on a journey of discovery, learning about the Korean war while constructing their own memory of the space.
The loop, which harmoniously blends with its surroundings, takes the form of ribbon. The ribbon is often referenced as a symbol of hope in Korea and in this respect acts as the primary line of movement across the sloping site, guiding visitors through the park, while unifying the various programmatic areas.
The lower loop of leisure, which acts as a new type of public space, expands in width at certain excavation sites. These nodes can accommodate indoor education, as well as exhibition and amenity spaces, while allowing people to continue their journey through the park. The upper loop of remembrance with its dense woodland, encourages the visitors to engage with the site’s history presenting a truly emotive experience which culminates with guests reaching the memorial hall – sitting at the highest point of the site. The hall is located here to both signify its importance within the park and clearly define the hierarchy of spaces.
The loop’s footpaths, which are separated into two interconnecting loops, are set at different levels to accommodate the various ways in which visitors will pass through the space, whether that be walking or cycling, in groups or individually.
The memorial consists of a cone-shaped hall with a large circular opening above, providing views out to the surrounding trees. A reflective pool located at the centre of the hall features a timeline highlighting the war’s key events, while a sweeping curved stone wall is inscribed with war poems composed by notable Korean poets.

Dijon is South Korea’s fifth-largest metropolis. Home to an array of forward-thinking Universities, research facilities and educational centres, the city is known as the ‘Silicone Valley’ of Korea. Located just 20km from the city’s centre, the site benefits from an abundance of natural resources. We have therefore placed an emphasis on the site’s connection to nature throughout. 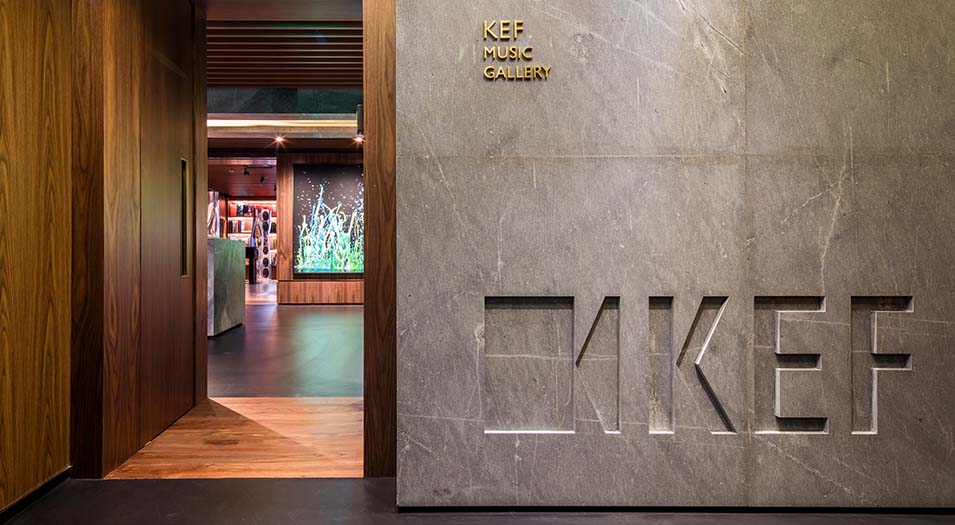 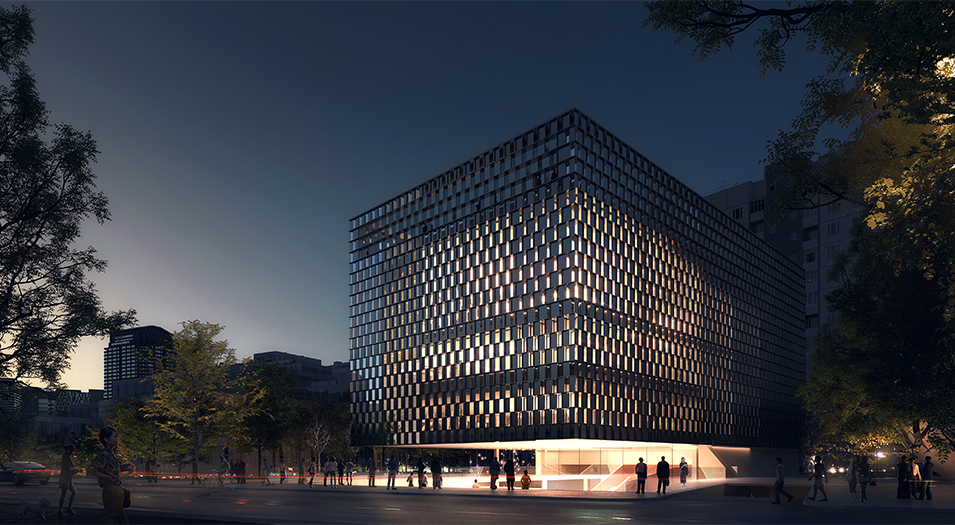